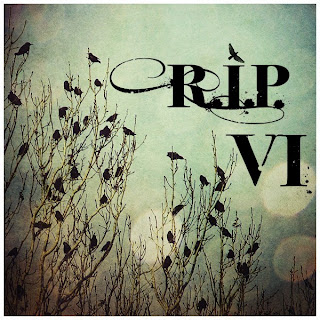 As if some drunk white guy in Phoenix will be able to hear "northern coming through." Judging from what often passes as a Southern accent in Hollywood, I'd say most who aren't born and raised in the South can't hear that.
It's a testament to the book that this Southern stereotyping didn't annoy me as much as it often does. In fact, if you're not Southern, my guess is you won't even notice it when you read the book, and if you are, you may still be like me, ready to read more Hughes. And that's all I'm going to say. You'll have to read the book to find out whether or not he gets The Girl (yes, of course there's a Girl) and goes free to live happily ever after, or the Girl dumps him to go off with the lawyer who can't keep him from being thrown in jail.
Good stuff. Four stars.
Posted by Emily Barton at 10:37 AM

This sounds terrific just from the hints you've given about the story. And I think you did a great job not revealing anything to spoil things. I've only purchased a few Persephone books, and oddly enough those are more recent releases where they actually have cover art of older paintings (very nicely done). This book sounds fantastic and will go on my ever-growing list. Ack, it is getting so HUGE!

I'm so glad you enjoyed it.

Sounds like this was fun and, for a horror wimp like myself, not nightmare inducing. Unless you left that part out because it is a spoiler. :)

Carl, I can't imagine with all the challenges you've hosted over the years that your TBR tome isn't multiple volumes. This one's well worth putting in it, though.

Stef, a perfectly harmless read for a horror wimp, and I think you'd like it (translation: I would love to read your take on it).

This sounds really good! Thanks for the review!

This does sound good (although I think it's your review that does it). I just wanted to add that on the writers' site I visit, the forums were full of discussion today about what 'commercial' fiction is, and the consensus was that it is fun, enjoyable, money-making writing, as opposed to literary fiction, which you'd only read if you were made to, because it's hard work and tedious and publishers hate it because it never sells.

I got involved in this discussion, trying to suggest that NO genre has the monopoly on fun and sales. But to no avail. So I don't think you need worry that it's genre fiction where readers have prejudice...

Persephone Books! And a mystery thriller! Well, I'm sold, and that was before you talked about the book!

Excellent review. I want to read this now. I'll ignore the other 6 Persephone books I have on my shelf waiting to be read, and just see if I can justify ordering this one for me :-D lol

It's interesting you should pick up on the racism in the books, which I also find in rereading books from the 1960-1970's. I think it's interesting that race and class did permeate so much of literature then, and now, we don't write about it the same way. Is it because north american writers think it's solved? or because it's so touchy that no one wants to go near it now? And yet, the stereotyping exists - I know, even in my own job, it's there, sly and underhand. I think The Expendable Man would be interesting to look at for this, though as always, it's the story that counts, and you've made it sound very good!

This sounds really, really excellent. I'm going to have to see if I can dig up a copy at my local library. Thanks for the review!

Great review! Sounds so great that I immediately went to Bookmooch to order a copy (sadly only in French)!

Litlove, I think it's the critics who look down on genre fiction, while we writers know how good it can be. Such a disjunction between critics and writers/readers, huh? That's why I'm so happy the blogosphere came along to open up the book review process to those other than critics.

Susan, yes, I do think North American writers think we'e living in a new era in which racism is dead (well, except Black writers and writers of other ethnicities). In actuality, it is alive and well, just gone undercover, which is almost more dangerous. Someone needs to write a book about that.

Smithereens, wow. I'm impressed that it was translated into French. Enjoy it!

Great "elusive discussion!" I'm intrigued, and I will never pick up any hitchhikers.